Hollow Earth propaganda! The video’s point of departure is an assertion by a 19th century Utopian community in isolated coastal Florida that the Earth is a hollow sphere, cradling the entire universe inside. The video We Live Inside the World is constructed as a didactic document of performative attempts to embody this esoteric paradigm, using inverted cosmological models and pseudo science to reconceptualize the universe as an egg, a shell or a womb. The images below document a pageant performed around a monumental model of this inverted universe. 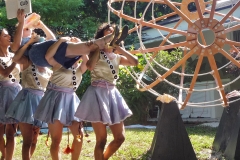 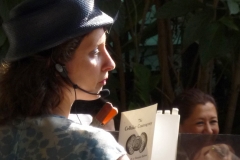 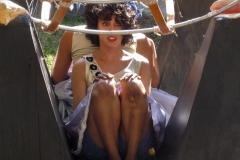 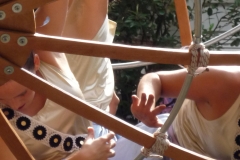 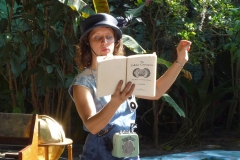 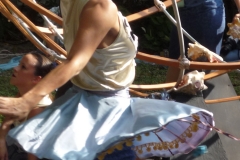 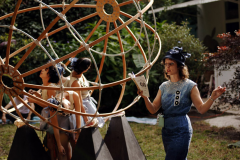 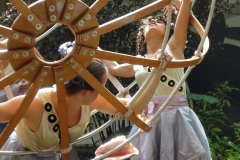